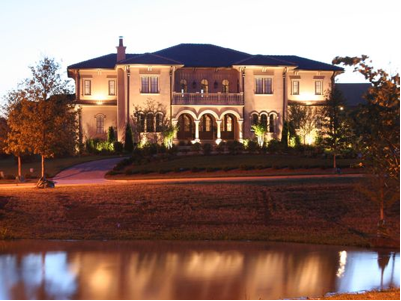 Site work should start by late next month for a new 153-home subdivision called Witherspoon, which will bring million-dollar homes to a historic property in Brentwood.

A partnership of Ford Custom Classic Homes and CPS Land LLC recently paid $10.5 million for the  263-acre Holt-Witherspoon property. That site fronting Crockett Road near Arrowhead Drive is just east of Wilson Pike and up the street from The Governor’s Club private golf club community.

By year’s end, home construction is expected to start on the nearly $200 million Witherspoon executive/luxury home community. Homes will range in price from $800,000 to more than $2 million with lot sizes from a third of an acre to three acres.

Both Ford Custom Classic and CPS Land are known for developing planned, high-end communities. For instance, CPS Land was developer of the 181-home Annandale estate community on Overlook Circle in Brentwood where the average price of homes was around $1.25 million.

“Witherspoon — we see it being sort of a succession to Annandale,” said Rob Pease, development manager with Brentwood-based CPS Land.

“We think it’s going to be built relatively quickly just because there’s not a lot of other good options in Williamson County and in Brentwood. And with the location and coming up with the amenities and the packages we did at Annandale, we feel that it will sell out in five years.”

Witherspoon is expected to be built out in phases over five years with seven or eight builders expected to be involved, Pease said. Mike Ford Custom Homes, Legend Homes, Castle Homes and Stonegate Homes are the four already with contracts to buy lots to build custom homes.

Plans for Witherspoon include a roundabout near the main entrance to the community at Crockett and Arrowhead, which Pease sees improving traffic flow.

Roughly one and a quarter miles of paved public trails are also planned to connect Brentwood’s Raintree Forest neighborhood to Crockett Park and from Crockett Park to the border with the Oak Hall subdivision to the south.  A pool house and clubhouse are among other amenities planned at Witherspoon.

A Brentwood area couple has bought eight acres and an historic house built on the Holt-Witherspoon property in 1835, Pease said. They plan to renovate and return the home to its original condition.

Pease said selling points for Witherspoon include good access to Interstate 65 for people who want to commute to Cool Springs and downtown Nashville and the subdivision’s proximity to services of Brentwood.

Overall, 52 custom homes in the $1 million-plus price range are planned for that community across from Richland Country Club. To date, 13  home sites developed in the first two phases of 19 and six lots,  respectively, have been sold with three more sales pending. Another 17 lots were recently completed in the third phase.

“There’s really not too many communities in Nashville at this price range that combine both living in the woods and the opportunity for a little more creative architectural expression, particularly leaning more toward  more contemporary,” said Pease, Land Innovation’s executive vice president.